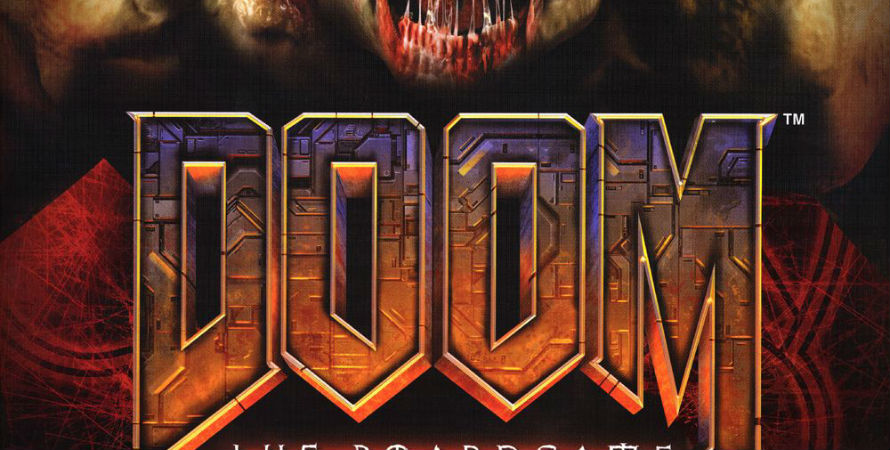 Well that was a fun evening. Only part way through our first campaign of Doom and I am really enjoying myself. Three (totally badass) marines vs the (frankly hideous) Invaders and until the last round we appeared to be surviving quite well. This, despite the fact that at one point Clichegoth somehow managed to expend his ammo without actually firing his gun! (Poor guy – the dice really do hate him).

Based on the popular Doom series of video games, this game reeks of atmosphere and is generally quite faithful to the source material. Gameplay is a typical “Dungeon Crawler”, with one player taking on the role of the Invaders whilst the remaining players all play as the marines. The board is modular with new rooms and events being revealed as play progresses.

Combat is resolved through dice rolls and through the use of different dice each weapon has a distinct “feel” to it. Players really can get a sense of range and accuracy and will quickly learn which weapons are best for different situations. This, despite the fact that the game only uses a small set of D6.

In the scenario we are playing, the mission is to grab the security key from…somewhere… and escape via a shuttle bay located…somewhere else… Seriously, we are playing blind and fumbling our way through dank futuristic corridors whilst fighting off all manner of nasties. After that last round though, I’m not sure we will survive long enough to escape anyway (those pesky invaders just soaked up the last of our grenades)

So far, I’m impressed with the game. Combat is ingenious, theme is great, pacing is good and we are having a lot of fun. It really didn’t take long to pick up the rules and I cannot wait to continue.

But will we write a full review? Probably not. After releasing Doom, Fantasy Flight (the publishers) developed the gameplay further and released the vastly improved Decent: Journeys into Darkness. At FATB, we have not had chance to play this yet, but many of our fellow gamers have raved about this game. I’d say Doom is worth buying if you see it cheap anywhere, but if you have a hankering for a brand new Dungeon Crawler then maybe you should consider Decent. If we ever get round to playing this, then we will follow up with a full Review.

Right, if you excuse me, I’ve got some Invaders to slaughter.