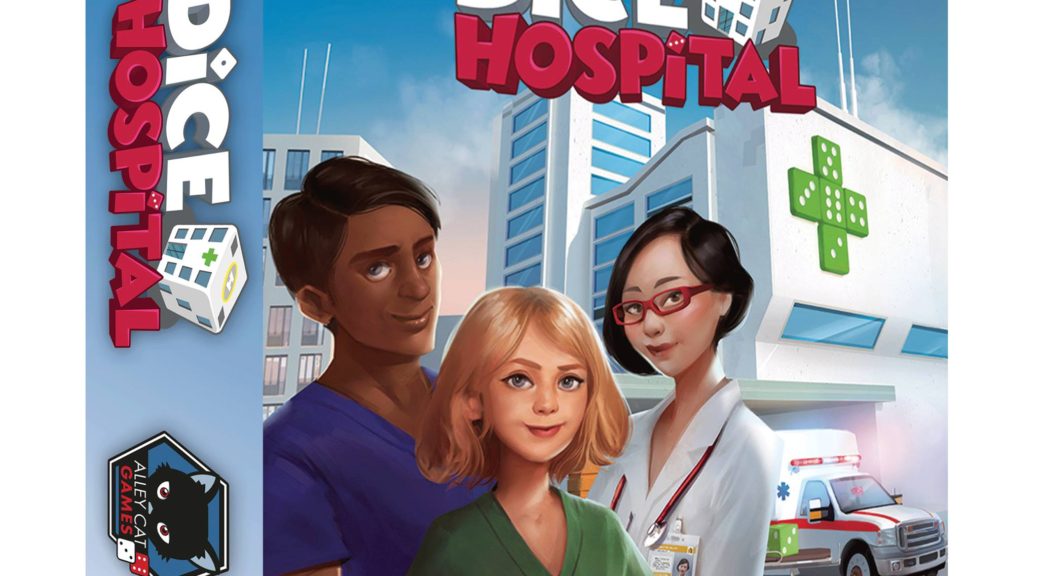 A while ago I read a passing comment on the Board Game Trading and Chat UK Facebook page that someone was developing what was,  in essence, a board game version of the video game Theme Hospital, a game that I really enjoyed in my “youth”. When I then read that it may be being demoed at to the UK Games Expo 2017, it went to the top of my list of things to see and do!

Unfortunately, it seem high on a lot of people’s priorities and every time I went past the demo tables there were queues of people waiting to play. Was I going to miss my chance to try it out?

Well this wouldn’t be much of a review if I’d not got to play it, so thankfully, I had my opportunity – but only just! In the last hour of the last day I managed to get a four player game with family and friends as the opponents and the game’s designer, Mike Nudd, explaining how to play.

Afterwards, I asked him if he would be willing to be recorded giving an overview in a minute or less. Like the experienced demoer that he is, he rose to the challenge without fear or preparation time!

Here’s my 90 second review, which I had many edits and re-records, followed by Mike’s impressive single take explanation!

I really enjoyed this game is was simple to grasp and very engaging – which is something to be commended so late on in a very tiring weekend. My 11 year old nephew and his friend picked it up in no time. For a game built around dice, there is little luck involved, as a result the choices are challenging and provide enough depth to satisfy many a gamer.

After my first play the only thing I would like to see change is the bonus scoring tiles not being redrawn each turn as this would provide an extra strategy to work towards, rather than random luck of the draw (as it will often take several turns to be able to discharge dice/patients).

quality as the demo version was lovingly constructed on foam core board. However, the artwork is fantastic and conveys the humour well. It took a little while for me to connect with the iconography, but this was becoming much smoother by turn 4.

The game is entering a playtesting phase and as I sit here writing this, an email has arrived informing me that I’ve been selected to participate, which I’m really glad of.

This is one hospital I’m going to relish readmitting myself to time and again!

Keep an eye on the Ally Cat Games Kickstarter page and/or follow the Dice Hospital Facebook page to be alerted when the campaign goes live in September.